SPRINGDALE -- Larry Henry, managing editor for TV station KFSM, admitted in court Monday he violated a judge's order by tweeting the verdict of a recent murder trial from the courtroom. 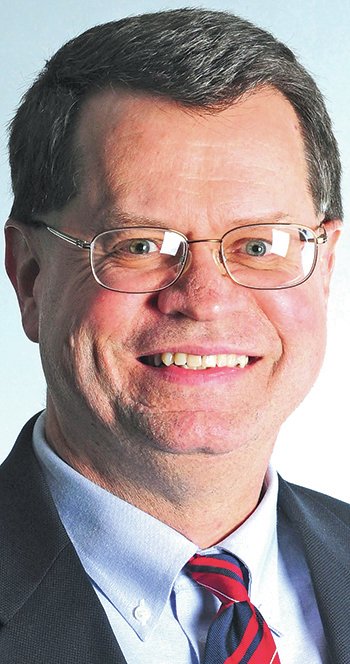 Karren issued an order before the trial stated that all cellphones, cameras and recording devices in the courtroom must be turned off during all proceedings in the case. Danny Monjure, Karren's bailiff, said Tuesday the judge also made a point of saying he wouldn't allow any tweeting or text messaging about the case from the courtroom.

Holly was sentenced to death by lethal injection in the 2012 death, rape and kidnapping of the Bentonville child.

Monjure investigated the tweet after learning how quickly it was posted online. Courtroom cameras showed Henry using his cellphone shortly after the verdict was issued at a time that matched with his tweet, Monjure said.

The bailiff said he and the judge discussed possible sentences for a guilty plea and Karren came up with the idea of a news story in lieu of a fine or jail time.

"He thought a story could promote awareness of child safety and it was a good way to handle it," Monjure said.

Henry has 30 days to air the story. A status hearing is set for July 16.

Springdale attorney Joel Huggins represents Henry and when reached Tuesday asked for time to speak with his client before commenting on the case. He didn't return that call or another left at 4 p.m. Calls late Tuesday afternoon to Henry and Van Comer, KFSM general manager, were also not returned.

This isn't the first time Karren found someone guilty of contempt of court for using social media.

The judge sentenced 19-year-old Kathryn Hackett to five days in the Benton County Jail last summer after finding she took photos of jail inmates in the courtroom and posted them on her Facebook page.

Monjure said he tells court visitors to turn off cellphones before court starts.