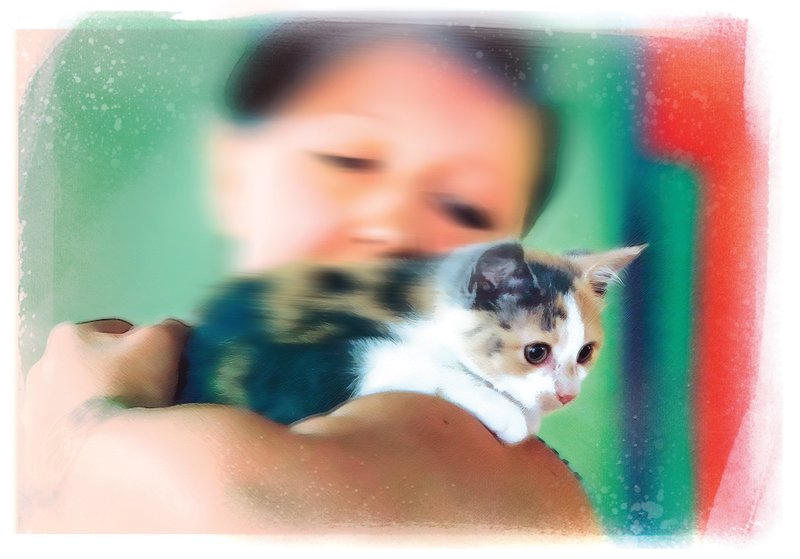 Unexpected costs. New time commitments. Added responsibilities. Buying a pet is a big decision that shouldn't be made without consideration. 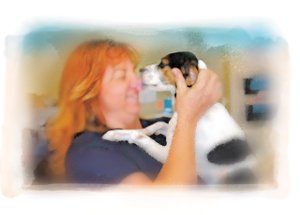 From the monthly costs of food and pet supplies to the time it takes to train a dog, becoming a first-time pet owner can have a big impact on one's life.

"I think the best kind of pet owner is the type that does research and figures out what kind of [pet] is going to work for them," said Fiona Korst, assistant manager of a Petco store in Grand Forks, N.D.

Veterinarian Carol Hagen said, "I'd consider how much time you have to spend with the pet." Hagen owns Petcetera Animal Clinic in Grand Forks.

If someone is away from home more than 18 hours a day, acquiring a pet isn't the smartest decision, she added.

Different types of pets also work better for different lifestyles. For instance, a family with young children would want to avoid hyper, snappy dogs that might bite.

"[They] may want to get something that's maybe a little more durable, not a 4-pound Chihuahua that can break easily," Hagen said.

Many websites offer dog-matching quizzes to help potential pet owners determine which breed will best suit their personalities and lifestyles. The quizzes ask questions such as "How much time will you be able to devote to exercising with your dog?" "What size is your yard?" and "What age children do you have in the home?"

Once someone decides what type of pet they want, Hagen and Korst stressed, they need to understand that living with an animal is a big commitment.

"You have to realize," Korst said, "that you have to take it for shots, you have to get it spayed or neutered. ... I think the commitment is the biggest thing."

Korst estimates the cost of starting supplies for a small-breed dog at $250 to $300. She said large-breed dog supplies cost about $100 more.

Those price estimates include about 15 different items including food, chew toys, the kennel, the collar and leash. Korst said if necessary, some of the items can be bought a week or two after getting the dog.

"You basically are going to need food, food and water dishes, [and you] definitely want to have a brush," Korst said.

The same goes for nail clippers. Korst said dog owners should get their puppies used to being brushed and having their nails clipped right from the start; otherwise it can be a nightmare later on.

Another item to think about is puppy stains.

"Everybody's puppy is going to have an accident in the house, so you need a really good stain and odor remover," she said.

Teething rings might seem unnecessary, but Korst said, "You want teething rings, unless you want to be the chew toy. When puppies are teething, their teeth are like little needles."

With all of those items, the bill mounts up, but owners can save a little money by skipping the puppy mat and using an old blanket for the kennel instead. "You just want something that's easy to wash," Korst said, stressing again that every puppy will have accidents.

For those who are considering a kitten rather than a puppy, costs are significantly less, with starting supplies running about $100 to $150.

Along with basic supplies, cats as well as dogs will need vaccinations and checkups,

which can add quite a bit to the bill.

"The first year is usually the most expensive because you have a series of three vaccinations, typically," Hagen said. "And you've got the office call with each of those exams."

A newly acquired puppy or kitten should meet the veterinarian as soon as possible to get its first checkup and vaccinations.

Hagen said the ideal time is when the animal is 6 to 8 weeks old. During the first visit, the pet will be assessed for age and any problems (worms, ear mites) and the vet will provide vaccinations, which run about $50 for cats and dogs.

At the time of the first visit, Hagen said, she gives the pet owner a starter packet with recommendations for the timing of each additional vaccine and essential health tests, as well as information about options that are less than mandatory.

"We'll give them information on vaccinations, de-wormings, heartworm testings, spaying and neutering. And for cats, declawing," Hagen said.

She recommends getting the pet vaccinated at 8 weeks, 12 weeks and 16 weeks.

"Basically, we vaccinate from the time they're 6 to 8 weeks of age, until they turn at least 16 weeks of age," she said. "At 16 weeks, if they've had [vaccinations] every three or four weeks, then they should be done with vaccinations for the year."

The main vaccination is a DA2PP, which protects against common canine illnesses and infections. An additional vaccine is recommended to protect against Bordetella, or kennel cough, if the dog will be interacting with others. The final vaccine protects against rabies and is required periodically -- depending upon your jurisdiction.

According to information on the Arkansas Department of Health website healthy.arkansas.gov, Arkansas requires rabies vaccination, given by a licensed veterinarian, for all dogs and cats beginning at 4 months of age. A booster vaccination is required one year after the initial vaccine.

Afterward, the booster shot interval depends on the vaccine used. Some vaccines are one-year licensed products, with the booster due one year later; others are licensed for three-year intervals.

Hagen said a series of three vaccinations typically costs about $170.

On top of that, Hagen recommends spaying or neutering after the six-month mark.

For cat owners, declawing is also something to consider. Hagen said her clinic doesn't recommend or advise against declawing. While declawing can cause some immediate pain for the animal, she said she'd rather have a cat declawed than see it put down later because a cat clawed someone or owners object to its treatment of furniture.

The Humane Society of the United States opposes declawing:

"People often mistakenly believe that declawing their cats is a harmless 'quick fix' for unwanted scratching," according to an essay on the society's website. "They don't realize that declawing can make a cat less likely to use the litter box or more likely to bite. Declawing also can cause lasting physical problems for your cat."

"They take a lot more exercise and [work] than some people are prepared to give," Hagen said. Quoting a fellow veterinarian, she added, "A tired dog is a good dog."

"They get into a lot less trouble if you actively spend time training them and exercising them."

Korst added dogs should be walked every day, even when it's cold outside. She said people often bring their pets into her store to walk them around, which also helps with socialization.

"Socialization is huge," she said. "You don't want to have an animal that could potentially bite people because they've never been in contact with other people before."

Dogs can be socialized by taking them to dog parks, obedience classes, pet stores and even just inviting other people over to interact with them.

Dogs that aren't socialized can be excessively timid, which can lead to fear and aggression, Hagen said.

Whether one decides to get a cat or a dog, "the biggest thing they need to realize is that it's a lifelong pet," Korst said. "They're not disposable when they're not so cute anymore. You can't just get rid of them. It's a commitment."