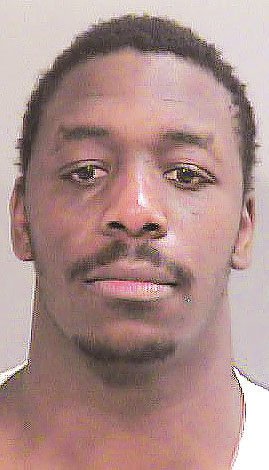 FAYETTEVILLE -- The capital murder trial of a man accused in the 2006 death of Nina Ingram has been reset to August by Washington County Circuit Judge Mark Lindsay.

Rico Tavarous Cohn, 28, is charged in the death of Ingram, who was a 21-year-old University of Arkansas student. Ingram was found strangled inside her Sycamore Street apartment April 22, 2006. Cohn was arrested and charged after Fayetteville police reopened the case in 2012.

Cohn repeatedly has denied killing Ingram. He faces life in prison without the possibility of parole or the death penalty if convicted. Prosecutors have not decided whether to seek the death penalty. Cohn has been in the Washington County Jail without bond since his arrest June 6, 2012.

The case has been reset multiple times to allow for independent testing of some evidence. The trial had been set to begin Feb. 23 but will now begin Aug. 12 and could run through Aug. 21.

After six years of having no leads, Fayetteville police decided to take another look at the cold case. They examined facts and interviewed several witnesses and at least three confidential informants. New information, including DNA evidence, came to light implicating Cohn, according to police.

Police said they believe Ingram was targeted after she rebuffed Cohn and others who made inappropriate comments to her as she left her apartment. That incident was about a week before Ingram was killed.

A confidential informant said Cohn was upset because Ingram thought she was too good for him, police said. Cohn told several informants details of the crime scene known only to police, and he told one of them he killed Ingram, according to police.

Tony Pirani, Cohn's defense attorney, contends testing of DNA from Ingram's jacket has been inconclusive and further testing is needed. He also said further testing could produce offender DNA that could clear Cohn.

Pirani also sought testing of some evidence he sees as critical to the case that had not been tested at the Arkansas State Crime Lab.

Doctors at the Arkansas State Hospital found no indication Cohn suffers from mental impairment or mental disease, and they determined he is fit to stand trial. Cohn told the doctors he did not want to pursue a mental disease or defect defense and declined to provide information that would substantiate an acquittal by reason of insanity, according to the report. Admitting guilt is a requirement of a mental defense.

"The state is accusing me of breaking and entering and strangling someone to death, which is totally untrue," Cohn is quoted as telling doctors. "I do feel for what their family is going through, but their pain was not caused by me."

Ingram was last seen just before midnight April 21, 2006, when she left her job at the Walmart Supercenter on Martin Luther King Jr. Boulevard.