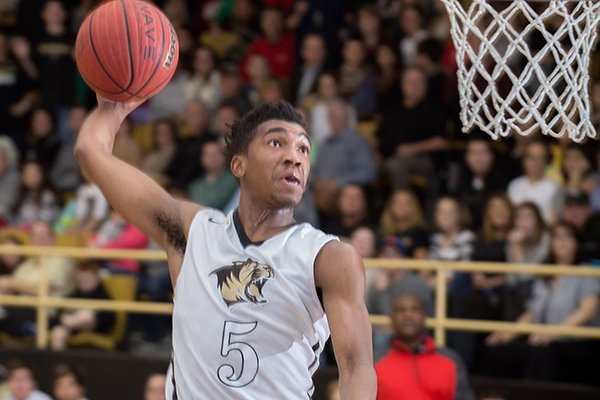 BENTONVILLE -- Malik Monk was on pace for nearly 50 points and had a shot to outscore Fort Smith Northside by himself entering the fourth quarter Friday night. 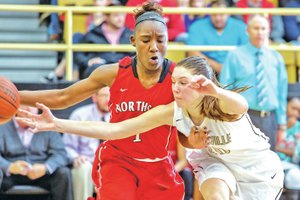 But Bentonville didn't need him to.

Monk finished with a game-high 38 points despite sitting the final six minutes as the Tigers dominated in an impressive 82-47 mercy-rule win over a Northside team expected to contend for the 7A-West Conference title.

Monk came out hot and knocked down two 3-pointers in the opening minutes to help set the tone. And not much changed.

"I feel like he's always got it going," Bentonville coach Jason McMahan said.

Bentonville (7-3, 2-0) got big performances from its supporting cast, too.

"Our execution level was really high tonight," McMahan said. "We got the shots we wanted. ... I felt like Tyler was a dominant force on the glass tonight for our team. Those pieces around Malik and those guys, when they're able to execute their role, things are simple for them."

Northside (10-6, 0-2) was without leading scorer Keyshawn Dorsey, who sat for a violation of team rules, coach Eric Burnett said. But it would have been tough for a full-strength Grizzlies team to slow the Tigers.

Bentonville jumped out to an 8-0 lead within the first two minutes and led 28-15 after the first quarter on the strength of 6 of 7 shooting from 3-point range. The Tigers led by as much as 22 in the first half before taking a 44-24 lead into intermission. And the margin grew in the second half.

Bentonville will step out of conference to face a loaded Wesleyan Christian team out of High Point, N.C., in the first round of the Bass Pro Shops Tournament of Champions on Thursday

Aahliyah Jackson made her first seven shots and finished with a game-high 24 points to lead Fort Smith Northside to a 68-58 road win over Bentonville.

The Lady Grizzlies (15-1, 1-1) jumped out to an early 16-point lead and held off Bentonville down the stretch to bounce back from a 45-42 loss at Fayetteville on Friday.

The Lady Tigers (10-5, 1-1) made several mini-runs in the second half, but couldn't dig out of the hole and never pulled closer than five down the stretch. Bentonville shot 51 percent from the floor, but Northside was better, shooting 62 percent.

"We came out a little bit flat at the beginning of the game, but kind of came back in the second half and competed," Bentonville coach Tom Halbmaier said.

The Lady Tigers will host Springdale Har-Ber on Friday.

Jimmy Carter can be reached by email at jcarter@nwadg.com or on Twitter @NWAJimmy.