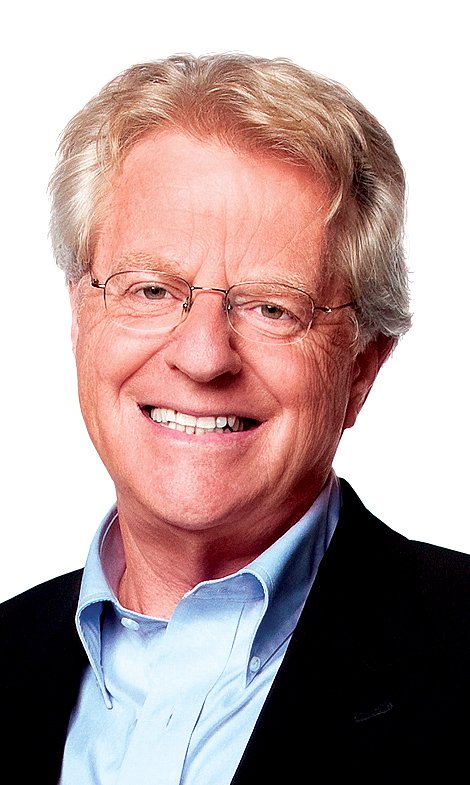 His name is a chant, and his talk show is a hoot. He is one of the biggest faces in sensationalized daytime talk and a host to guests whose on-camera kerfuffles would make Spartacus proud.

But he won't be bringing any of those "Springer" moments to Northwest Arkansas, he says.

Jerry Springer is once again returning to the Ozarks and will join the Arkansas CW for a meet and greet Saturday morning at the 40/29 Women's Expo at the John Q. Hammons Center in Rogers. He will also take part in a Q&A at noon.

But while some audience members may be interested in hearing about jelly wrestling and twerking grandmas, the former politician says he's more interested in discussing women's issues during his time at the event.

"There has never been a problem getting people interested in men's issues and men's health issues, but women's issues seem to have been relegated to the Lifestyle section of the newspaper," he says. "It was all women's fashion and recipes. It wasn't hard news, and we've paid a price for not paying attention to the skills and talents of women."

Springer graduated from the Chicago area's Northwestern University Law School in 1968, a time when in America's second largest city, only two of the 190-person graduating class were women, he says. These women deviated from the norm, he adds. "When I was growing up, the only two professions for women were to be a teacher or a nurse. Now over half of all law students are female."

The new graduate ran for Congress in 1970, narrowly losing to a nine-year incumbent before being elected to the Cincinnati City Council in 1971 and mayor in 1977.

Springer began his broadcast career while still an undergraduate at Tulane University before temporarily leaving the field for politics. But his time in the political arena led him back, and he became a political commentator for a Cincinnati news program and later co-anchored the program with Norma Rashid.

"At that time, there was usually only one anchor, a man doing hard news," he explains. "There were no fluff pieces for Norma. And now things are changing, but they are slow. Wouldn't it be nice if we didn't have to have a special day for women's issues?"

Despite his principles, Springer's hair-pulling, man-stealing, stripper-laden talk show isn't exactly what some may see as promoting women's suffrage. So how does the gregarious host unify his convictions with a show which often depicts women in a negative light?

He doesn't, and that's the point.

"The show isn't really about anything -- it's about dysfunction," he says. "It's a picture of how people should not behave. If there is a moral purpose to the show, it is a morality play every day. The good guys get cheered, and the bad guy loses out. If the show has any affect, it is that it proves that (bad) behavior gets you nowhere."

Springer didn't set out to create a show about discombobulated moralities when he began "The Jerry Springer Show" in 1991, he says. That all changed when producer Richard Dominick took over 1994. The politically oriented talk show was revamped for ratings and became dedicated to young America.

With the change came more sensationalized subject matter, and sometimes the crazy would come out, Springer says. Ratings soared, and the Jerry Springer Show welcomed a neverending stream of outrageous guests onto its stage.

"I've never met a human being that couldn't be on my show," he says. "Ninety percent of us would never go on TV like this, but 10 percent would. That's 32 million people in America. We shouldn't be surprised anymore, living in the tell-all society we do now.