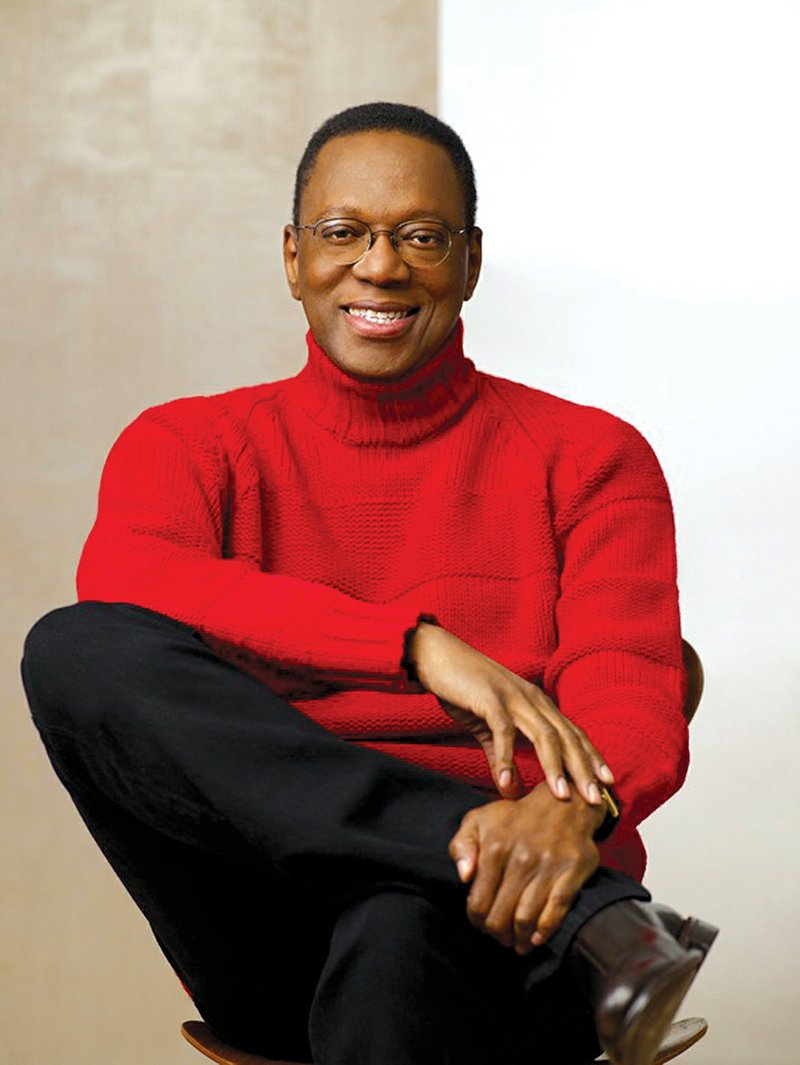 Financial guru and author Alvin Hall will speak on Sunday at the Fayetteville Public Library.

Alvin Hall likes nice coats. He has a weakness for modern art, too.

But he also possesses a singular strength, one that has earned him a spot on television, radio and bookstore shelves: Hall knows personal finance. And he knows that when the itch to buy a new painting returns, he needs to cull another from his collection. And that he must save for a new coat.

"You really need to think about your priorities," he says by phone from his home in New York City. "That's an ongoing process."

Priorities can include any number of things -- like coats and artwork and overseas trips -- as long as those priorities get revisited constantly. Hall recently had to reassess his after an illness in his family. Several things are now on hold while he helps his family financially.

That kind of practical, give-and-take approach to finances remains Hall's philosophy. He will share his ideas with Northwest Arkansas residents when he speaks this weekend in Fayetteville. He will first address Upward Bound students, himself a success story as an alumnus of the college preparatory program for low-income families. He will also discuss personal finances during a public session at 2 p.m. Sunday at the Fayetteville Public Library. The session is free.

The confluence of factors that led to Hall's career, which includes the book "Your Money or Your Life" and a five-year run as the host of a finance show called "Your Money or Your Life" on the BBC, started early. He grew up poor near Tallahassee, Fla. Money became a way to escape, even for small treats, like the first time he watched a movie. When he went to college a few years later, money turned into something that provided him a social life.

"I bought into the material culture," he says.

He studied English, so when he landed a job on Wall Street after graduating, he combined elements he learned as an undergraduate to parse down the sometimes convoluted language of the financial world into something more accessible.

He preaches that kind of accessibility.

"People feel financial language is more difficult than it is," he says.

But it is a language, which means it does take work to learn it. Halls recommends starting slowly, then moving forward. And he recommends looking at personal financial situations in three parts. The first pot of money is the amount required for living, such as groceries and gas and bills.

"You should know that number pretty cold," he says.

Then comes the second allotment, something he labels "call-on capital" reserved for known upcoming expenses, something like car tires. The third and final pot of money he calls "lifetime savings," not retirement savings.

"It has a different feel to it," he says. "It is used to support you when you no longer want to work."

Everyone should contribute to each of those three pots of money each month, Hall says.

That's a message he hopes to share during Sunday's talk at the library. Even a relatively positive economic time, with low gas prices and low unemployment, should serve as a time to reflect on financial futures.

"These swings never last forever," Hall says. "Use this as an opportunity to think about (finances). Rainy days happen to everyone."

Everyone can save, he says. And should.