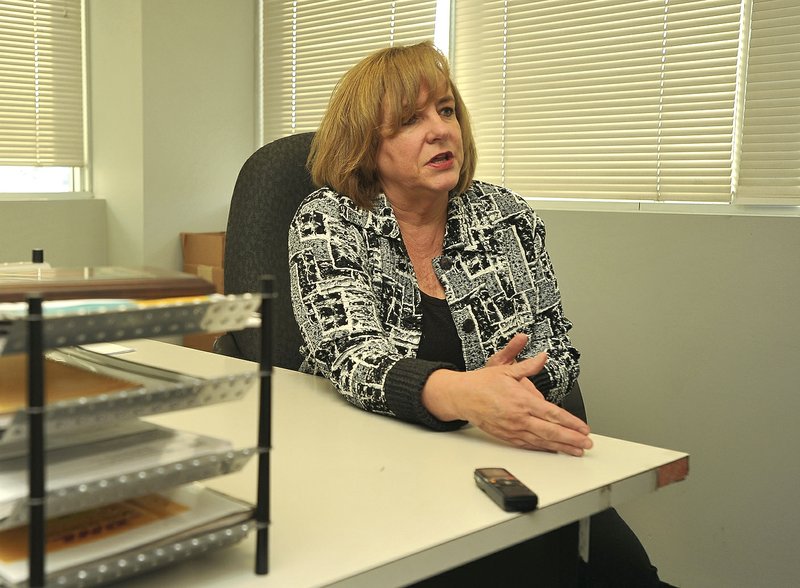 When Twyla Burt moved to Northwest Arkansas, she was in search of a nonprofit organization where she could spend her time as a volunteer. 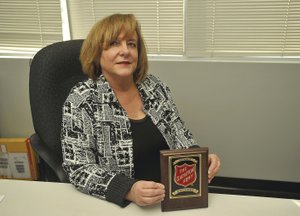 Photo by Michael Woods
Twyla Burt, founder of the Northwest Arkansas Salvation Army Ladies Auxiliary, chose the organization as her volunteering home because of its well-established programs that give men, women and families a place to turn during crisis and in poverty.

She looked around, surveying the many philanthropic groups, but when it came down to it the answer was easy.

What: needs donations of food, clothing and always more volunteers

Where: Fayetteville and Bentonville shelters; Ladies Auxiliary in Springdale

"The Salvation Army has been around 150 years," Burt says. "They're in over 100 countries, so they must be doing something right."

At first, she dedicated her time to cooking meals at the shelter on Thanksgiving and Christmas, then progressed to ringing bells in front of the iconic red kettle buckets and volunteering with Angel Tree, the organization's way of providing Christmas gifts to children in need during the holiday season.

Eight years later, she's logged some years on the board of directors and this year began the first Northwest Arkansas Salvation Army Ladies Auxiliary. The group of women act as a fundraising arm for the organization that provides food, clothing and shelter; programs for recovery from drug and alcohol abuse and after-school services for children, like snacks and summer programs.

Ladies Auxiliary is "independent; we're not members of the Salvation Army, we're not officers," says Burt, director of the auxiliary. "We're residents of the area, all volunteers. Everything we do, we do for the [Salvation Army] programs. The money that we raise during our fundraisers go 100 percent to the programs."

The reason those programs are so important, she says, is because it's all some of their clients have. Many of the men who enter the Corps Salvage and Rehabilitation Center (CSRC) have been turned away by their family members, don't have a job and have no way to receive proper services to get themselves back on track.

"A lot of our programs, if we cut them, it would meant the difference between life and death," Burt says. "In the program that deals with drug and alcohol abuse, some of those men -- if they didn't get any help -- could not afford to go to an individual facility that handles [recovery from that]. They might be on the street."

Instead, the CSRC gives them help distancing themselves from those substances and overcoming their addictions -- meanwhile providing a place for them to work, stay and subsequently make friends, do their laundry, have regular hot meals.

It's a place where they can reconfigure before trying again to find jobs, repair relationships and get back to life as they knew it. And most importantly, it's a place where anyone who walks through the door can get the most valued commodity of all: respect.

Burt sees it especially during Thanksgiving and Christmas, as she hands out food, looks them in the eye and wishes them a happy holiday.

"They're just like you and I, they just want respect," she says. "They're down on their luck. They might have had a job making $100,000 a year before; lost everything and they're trying to get back on their feet."

What we do "is try to give people hope [because] with hope comes healing."

Rewarding for Burt, too, is the company she keeps while volunteering. Many of the Salvation Army officers, members and volunteers grew up with the Salvation Army as the only constant in their lives, amid multiple moves, unstable home life and trouble fitting in at school.

"It's impressive [to meet them] because you can see where Salvation Army made a difference in their lives," she says. "Those children would have fallen between the cracks if they hadn't had that stable environment to go to and ... learn how to deal with life."

Children who spend time at the Salvation Army shelters can pop in for snacks after school and get a bag of food to take home. Salvation Army provides that because the ones who show up on their doorstep aren't getting much more to eat than what's provided at school, Burt says. Summer programs send the children to camp for a week at next to no cost to their families -- often giving them a chance to travel for the first time and create lasting friendships.

It gives them a chance to experience that same respect that the men of CSRC are looking for and a chance to gain the sort of supportive relationships that they deserve. Because for the many families living in poverty in Northwest Arkansas, life is very different.

Burt recalls a man who asked a Salvation Army lieutenant for help with his son, who he claimed was stealing. When the lieutenant dug deeper, he realized the boy was simply helping himself to a snack in the refrigerator in his own home.

"People who grow up in poverty look at things differently," Burt says. "The children don't get anything and they suffer. Most people don't see that; we live in our own world and don't want to see things like that.

"But when you step down and start listening and looking around, there's a lot [to see]."