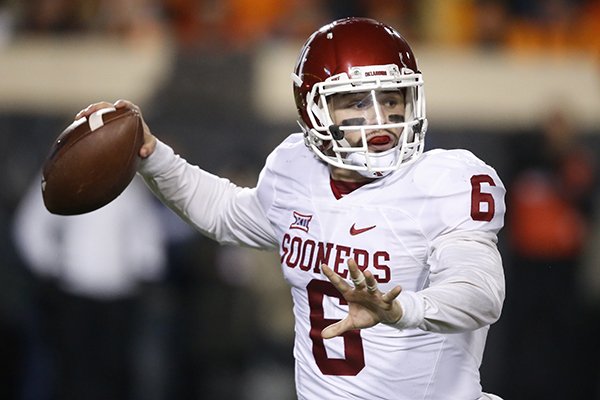 SPRINGDALE -- Oklahoma quarterback Baker Mayfield won the Burlsworth Trophy on Monday as college football's best player to begin his career as a walk-on.

Mayfield was one of the nation's top quarterbacks this season, passing for 3,389 yards and 35 touchdowns. He helped lead the No. 4 Sooners to a Big 12 championship and a spot in the College Football Playoff.

The Burlsworth Trophy was established in 2010 and named for former Arkansas offensive lineman Brandon Burlsworth. After walking-on to the Razorbacks, Burslworth became an all-American in 1998.