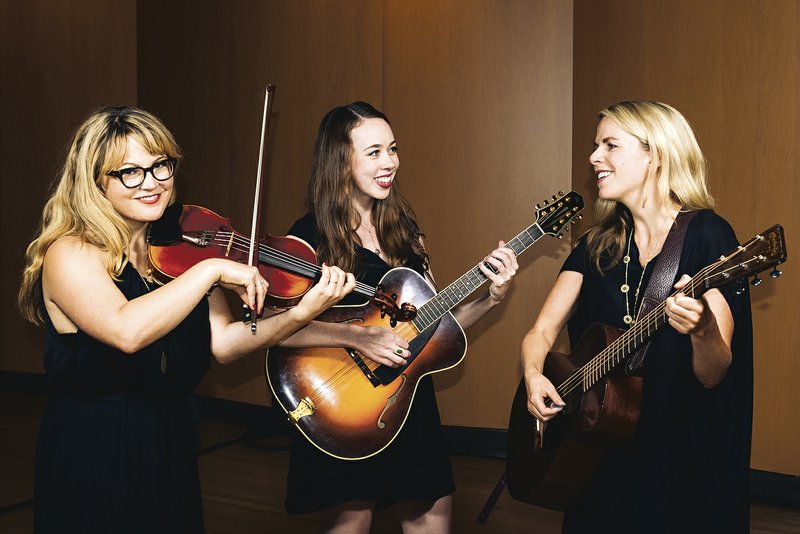 Sarah Watkins worried it might take a moment to make the physical and mental switch between her two primary bands. She left a gig with the Watkins Family Hour, caught a plane and flew to Canada to join her colleagues in I'm With Her.

"We gave each other big hugs, and it was really good," she says during a recent phone conversation.

Many of the events during the Fayetteville Roots Festival are sold out. Here are a few with available tickets:

The Fayetteville Underground, located on the southwest corner of the Fayetteville square, will host several events over the weekend to bring in Roots Festival patrons. A screening of “Westland,” about Arkansas folk artist Tim West, will start at 6 p.m. today and will be followed by a discussion. On Saturday, the gallery and community center hosts a discussion of the homemade instruments of Ed Stilley, lessons from folk dancer Steve Greene and tales from Ozark storytellers. Free live music takes over from 3:30 to 6 p.m. For details, visit fayettevilleunderground.com.

WHERE — Various venues in Fayetteville

In retrospect, she thinks she knows what made the transition so easy: "I'm so enthusiastic about both projects," she says.

And this weekend, she'll get a rare opportunity to do both in the same city, just hours apart, courtesy of the ongoing Fayetteville Roots Festival. Watkins will perform a set with I'm With Her -- which also includes Sarah Jarosz and Aoife O'Donovan -- on Saturday night at the Fayetteville Town Center. After that trio leads a workshop for children early Sunday afternoon at the Fayetteville Public Library, Watkins will join her Watkins Family Hour bandmates for the closing show of the festival at 8:15 p.m. Sunday at the Town Center.

First on her agenda will be the I'm With Her show. Watkins knew Jarosz and O'Donovan well. But it was an impromptu collaboration among the three women, all with solo careers, at the 2014 edition of the Telluride Bluegrass that sparked the idea of a lasting partnership.

"We're becoming a band, this core thing we want to be is very powerful," Watkins says.

I'm With Her debuted in February. The women have all brought music into the mix, and each gets time to shine. They're also filling their sets with cover tunes they all enjoy.

"We have found common material. We're all excited about the potential of the project," Watkins says.

"They just kept showing up. It became the kind of thing where it became a band," Watkins says. The Watkins siblings recently decided to take the project on the road. The core group of players was all available, and that cast of characters joined them for the band's tour debut at the Newport Folk Festival in late July and will be on hand for the set Sunday in Fayetteville.

Like the lineup, the group improvises when together onstage.

"Every time people play it, it can go in a different direction," Watkins says. "It's a very reactive bunch."

Watkins is reactive right now, too. She has to be. She's got two bands to juggle this weekend.