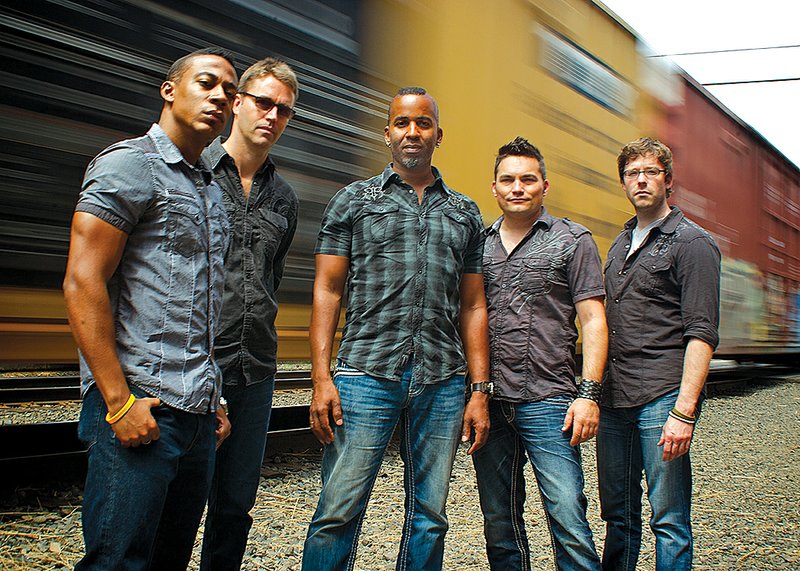 Long ago, before mankind invented instruments, people were singing around campfires.

Centuries later, people still do. The art form of creating music with only voices is one of the longstanding traditions of the world. People of all walks of life and in all time periods have done it, and for that reason, a cappella can be one of the most exciting, nostalgic and creative hobbies.

WHEN — Today and Saturday

Deke Sharon, Sing-Off host, member of House Jacks and father of modern a cappella, plans to reignite the fire for harmonic singing with VoiceJam at the Walton Arts Center this weekend.

"If what we're doing right now seems unusual or new or that it's never happened, it's the way we're approaching it," Sharon says. "The instinct has been with us since the beginning of time."

Having such a rich history to draw from means a cappella has reinvented itself many times.

The emergence of "Pitch Perfect" -- and its soon-to-be released sequel -- and the NBC show "Sing-Off" have helped bring a cappella to the forefront of music once again.

VoiceJam's inaugural competition will feature nine professional, collegiate and amateur a cappella groups hailing from California to Maryland, Florida to Illinois, plus a special performance by Voco Novo, a group from Taiwan.

Competing groups at the festival will perform and be judged by a celebrity panel -- Ariel Arbisser, Stephen Caldwell, University of Arkansas director of choral activities; Troy Dolendo and Jia-Ching Lai -- this evening.

Weekend activities will take groups and members of the public through a variety of vocal workshops and master classes and conclude with a special red carpet showcase featuring performances by The House Jacks and Voco Novo on Saturday evening. The winner will perform at Vocal Asia and on tour.

Clare Chen, a supplier for Wal-Mart and founder of the Vocal Asia festival, dreamed up the idea as a way to thank her employer and bring Americans the gift of a cappella.

As a single mother and an executive in the shoe industry, Chen has spent 30 years selling to the world's largest retailer. Doing so supported her family's lifestyle and allowed her daughters to go to private school, college and graduate school.

"I always appreciate Wal-Mart being a major support of my life," she says. "They don't know that, but that's the reality. I was thinking that [in return] I should bring one of my [singing] groups to show them, those friends that I worked for for so many years ... to show my appreciation."

To get the ball rolling, Chen spent many hours talking over the possibilities with Sharon, who had worked with her before, and the two put their heads together to create the first international a cappella competition in the U.S.

"We thought America needs a huge major annual a cappella festival in the heart of the South," Sharon says. "It's exploding around the country and world, but for some reason in the Mid-South, there's not as much going on, not as many college groups and professional groups."

Through business connections, Chen and Sharon met with members of the Walton Arts Center to secure a location that would have enough space for the caliber of event they wanted.

The venue was ideal, Chen says, because it was nearby to Wal-Mart headquarters, funded by the Walton family and a central location that people from all over the U.S. could easily access. And her experience in forming the Taiwan Choral Music Center and hosting similar festivals in the past 15 years gives Chen a wealth of information to draw from.

"All my life, I've been in choir music," she says. "I started singing very early. When I went to choir weekly, I brought my children with me. Because of that, we feel close to this kind of music.

"Making VoiceJam won't be something that happens overnight ... but we will have an international impact and support this community. Singing is such a fun thing. Whoever is in a cappella will have a great life."

Though these events always take time, Sharon, Chen and her daughter, a member of Voco Novo, are confident that their combined passion for music will result in a tour de force.

"It's my life's work," Sharon says. "My passion and mission is to get more people singing and to spread harmony. When people sing together, they create bonds that are more powerful than any social forces are able to tear apart."