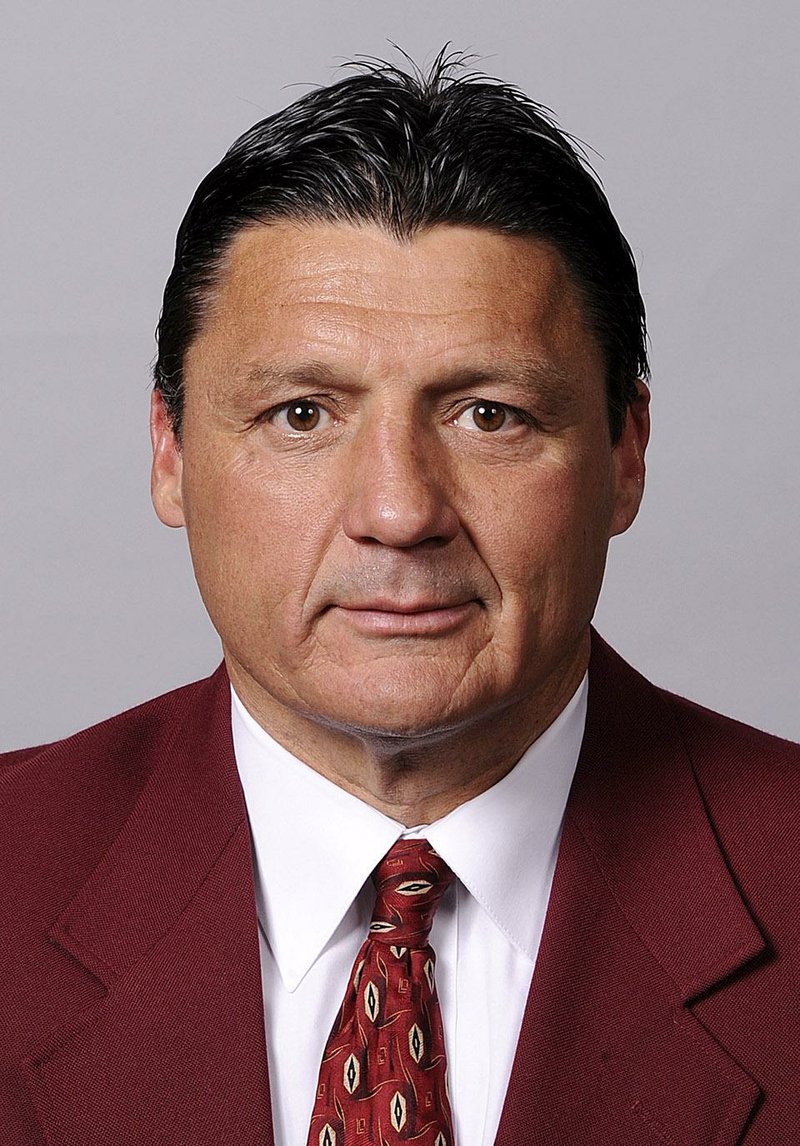 He's looking for a full-time gig now, and he won't be happy until he's back coaching college football again, possibly as a head coach, and possibly as soon as next year.

Orgeron, 53, has been listed as a possible candidate for the vacant coaching positions at SMU and Kansas. June Jones stepped down at SMU on Sept. 9 while Kansas fired Charlie Weis on Sunday.

But Orgeron, who is from Louisiana, said he has not been contacted by SMU or Kansas.

"I do have an agent and once they contact my agent, we'll see where it goes," said Orgeron, who turned down the interim coaching position at FCS Nicholls State earlier this month shortly after Charlie Stubbs stepped down for health reasons.

Whether it be SMU, Kansas or elsewhere, Orgeron said he's hungry to get back on the field and plans on being in coaching next season.

Orgeron took over as interim coach one year ago and helped revitalize a Trojans team that had been blown out 62-41 at Arizona State, leading to head coach Lane Kiffin's firing hours after the loss.

He was 6-2 as Southern Calfornia's interim head coach. His resume included a 20-17 victory over BCS No. 4 Stanford and he held out hope that he would be named the full-time USC coach.

But Orgeron was not retained by Athletic Director Pat Haden, who later hired Washington's Steve Sarkisian. Orgeron did not coach in the Las Vegas Bowl against Fresno State, a game that the Trojans won handily 45-20.

Orgeron reflected on the 2013 season at USC, saying he appreciated the opportunity, which came five years after he was dismissed at Mississippi in his first head-coaching position.

"I still believe today regardless of anything that it is the best place in the world to coach and go to school," Orgeron said of USC.

Orgeron coached defensive line and was the recruiting coordinator at USC under Pete Carroll before taking his first head-coaching position at Ole Miss in 2005. Orgeron was fired in 2007 after going 10-25, which included a 3-21 mark in the SEC.

Orgeron worked withKiffin at Tennessee in 2008 and followed Kiffin to USC in 2010.

A second chance as a head coach is what Orgeron is hoping for, and he said he hopes to draw on a conversation he had with his former boss, Carroll, about succeeding the second time around as a full-time head coach.

"Coach is my mentor," Orgeron said of Carroll, now coach of the Super Bowl champion Seattle Seahawks. "He told me, 'You know Eddie, you have to figure out what kind of coach you're going to be. Sometimes it takes awhile.' It took him until he got to USC.

"You learn from adversity. You learn more from adversity than the wins. You can see the change and style I presented at USC. Hopefully, I'll get a chance to improve on that."

According to Orgeron, his best recruiting effort was meeting his wife Kelly, a Lake City native, before Syracuse, where he was coaching, defeated Houston in the 1996 Liberty Bowl in Memphis.

"I'm going to talk a lot today about recruiting, but my No. 1 recruiting effort is my wife," said Orgeron, who has three sons -- Tyler, and twins Parker and Cody -- with Kelly. "She's from the state of Arkansas. I met her on a blind date and married her in two weeks. I said you're going to find out about me later, let's go. And we eventually had to make some adjustments."

Orgeron's next adjustment might be at a new school in 2015.