Offense could give defense helping hand 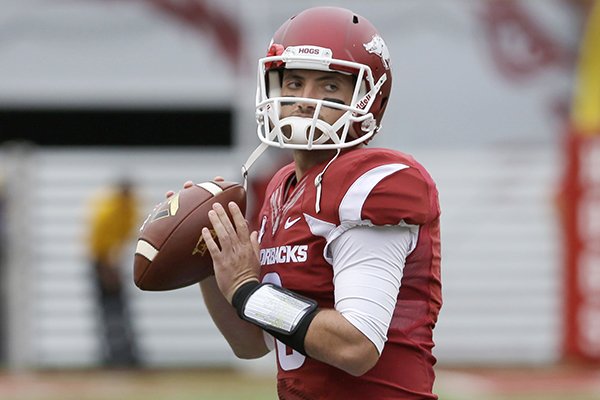 FAYETTEVILLE -- According to offensive stereotypes, the SEC is ground and pound and the Big 12 spreads with finesse.

Though neither currently approach epitomizing their respective league's peak, the Arkansas Razorbacks of the SEC and the Texas Tech Red Raiders of the Big 12 may most epitomize the stereotypical goals assumed to represent their leagues' differing offensive philosophies.

Leach, Tech's coach from 2000 to 2009, and Tech parted in heated controversy before the 2009 Red Raiders won the Alamo Bowl, but the Leach legacy remains.

"There are obviously a lot of things predicated on the up-tempo," Bielema said. "The passing game, certain things that they will do in the run game off looks that they want to run to and a lot of really, really good things that come from good planning and good coaching."

Much like former Arkansas Coach Ken Hatfield's Ground Hogs vs. the explosively wide-open Houston Cougars offenses in the late 1980s, Bielema's formula from his Wisconsin head coaching days against hurry-up, Spread offenses predicates that his offense control the ball and the clock.

However, it's impossible for the Hogs to hog the ball all the time.

"The bottom line is when Texas Tech's offense is out there against our defense, it really doesn't matter what happened on offense," Bielema said. "It's how we are able to defend them."

Bielema even managed to establish a running reputation last year in a 3-9 debut season at Arkansas with running backs Alex Collins (1,026) and Jonathan Williams (900) netting almost 2,000 rushing yards between them last year.

They and speedster Korliss Marshall run behind a bigger, better and more seasoned line than last season. That manifested in a 21-21 tie halftime in a 45-21 loss at reigning SEC champion Auburn in the season opener and in a 73-7 victory over Nicholls State on Saturday in Fayetteville.

"They're probably the most physical team that we'll see when it comes to the run game all year," Kingsbury said. "They bring in big bodies the entire game and just pound on you."