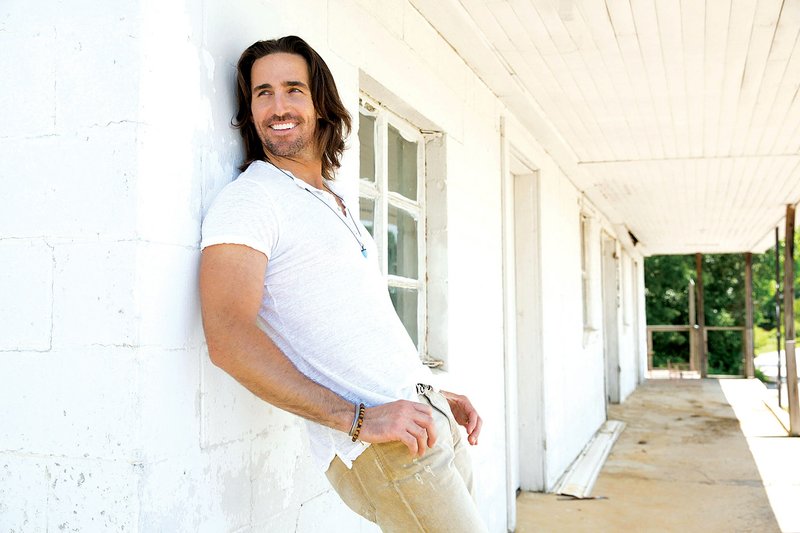 Jake Owen, one of country's most popular singer-songwriters, will be bringing his Days of Gold tour to the Walmart AMP in Rogers next week as part of a whirlwind 75 city tour charming audiences throughout the United States and Canada.

But for Razorback fans, there might be a problem.

BONUS — The Cadillac Three, Parmalee and Eli Young Band will open for Owen

"I'm a huge football fan! Florida State all the way," he says. The Florida native hopes to make it to a few games, but his tour may make him too busy to cheer loudly for the Seminoles this fall, he says.

Days of Gold, which started March 20 in Brookings, S.D., is Owen's first headlining tour. He brings along opening acts The Cadillac Three, Parmalee and Eli Young Band, shaking up each performance with a "total beachin' vibe" that puts the audience at ease, he says.

The artist has repeatedly sold out tour venues and arenas with his up-beat, high-energy contemporary music, highlighting the great success (for which he credits the support of his parents and brother), he has enjoyed in his short career.

But he hasn't always been the charismatic crooner. In fact, at one point music wasn't on the agenda at all.

"I've always had a passion for music, but it wasn't until I attended Florida State that I started to take it seriously," he says. Owen, who was a member of the golf team at the university, says a shoulder injury changed everything. "It ended things," he says. "But I realized I could still play a guitar even though my arm was in a sling."

Owen was in college when he first picked up a guitar, he says, and paired his new-found instrumental ability with a lifelong passion for singing. After attending a Kenny Chesney concert, he realized music was what he wanted to do full time, he says. The young artist, already accustomed to playing in bars around Tallahassee, made the move to Nashville, Tenn., and his career took off.

Owen released "Yee Haw" in 2006, a debut single that ultimately peaked at No. 16 on the Billboard Hot Country Songs chart. Soon after, he released his first album, "Startin' With Me," and signed on as an opening act. Within a year, he was touring with Alan Jackson and Brooks & Dunn and gaining a lot of attention.

The album "Easy Does It" followed in 2009 and debuted just shy of No. 1 on Billboard Top Country Albums. The first single from the album, "Don't Think I Can't Love You," became a Top-5 country hit. But it wasn't until late August 2011 that everything would fall into place.

"After 'Barefoot Blue Jean Night' was released, I felt like my fans were able to really relate with who I am and the kind of music I enjoy playing," he says. "Being honest and true to yourself is what resonates with country music fans, and they can tell if you're not passionate about the music your singing. My music gave me an identity that has really stuck with my fans."

"Barefoot Blue Jean Night," the title track released when his third album shot to No. 1 on the country chart, was followed by another hit, "Alone with You." The final two singles released hit No. 1 almost immediately. Owen released "Days of Gold" in 2013 and took the show on the road for the first time.

"I play a majority of songs found on my latest album, 'Days of Gold,' and I like to throw in a couple covers that fans wouldn't expect. And 'Barefoot Blue Jean Night,' of course," says Owen of the new tour. "When my audience leaves Rogers, I want them to feel like they want to come back for more. It's important for me to give it all I've got to the people who are paying the hard-earned money to see me. If they have forgotten the problems when they walked out the door, I've done my job."