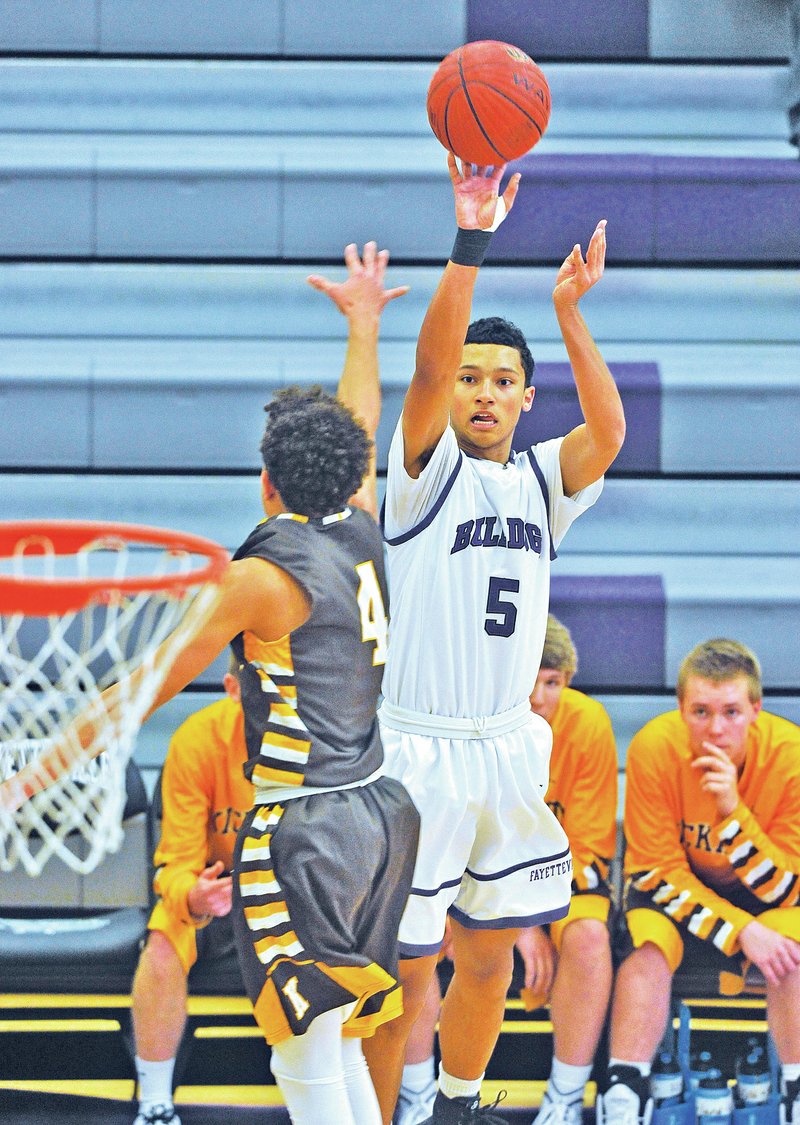 FAYETTEVILLE -- Fayetteville was able to stay within striking distance of Kickapoo, Mo., for a half in the Bulldog Classic championship game Saturday afternoon.

But then Chiefs guard Jack Simpson took over.

The senior scored Kickapoo's first 12 points of the second half, leading a big run that turned a relatively close game into a 67-45 Kickapoo blowout win.

Simpson finished with 19 points and six rebounds in the game, scoring 15 of his points and providing an energetic presence in the decisive third quarter to spearhead his team's championship performance.

"He knew we needed a little lift there," Kickapoo coach Dick Rippee said. "We were a little down at half, felt like we kind of let them off the ropes a little bit. He just made some really, really emotion plays. Just got our guys going with his hard work and hustle."

Fayetteville (4-1) was able to hang within 31-24 at halftime despite shooting just 8 of 15 at the foul line. But the Bulldogs couldn't keep up in the third as Kickapoo opened the quarter with a 19-4 run to break the game open.

Kickapoo's ball movement and shooting gave Fayetteville's defense issues all game. The Chiefs hit 9 of 19 from 3-point range and 10 players scored in the victory.

"That's a team that's going to compete for a state championship in Missouri, no doubt in my mind about that," Fayetteville coach Kyle Adams said. "They're very, very talented. Very, very well-coached. Every one of them can score. Not just the five that start, but the five who come off the bench as well."

The Bulldogs figure to get a lift when they add several football players, namely forwards C.J. O'Grady and Drake Wymer, in the next few days. The duo played in Fayetteville's state championship loss to Bentonville on Saturday

"We'll see what kind of shape they're in right now," Adams said. "I know they're disappointed, but they'll take a few days off to rest. But we'll see how it goes."

Springdale (3-3) hung in the game and even led late despite playing without senior all-state guard Chris Owens, who missed the game with the flu. Junior Kyler Mahar scored a team-high 18 points for the Bulldogs, while Tyler Tutt added 15 and TreShawn Gause 13.

Gause made 9 of 10 free throws, including two 29.6 seconds left to give Springdale a lead. But he was stripped in the lane in the final seconds before he could attempt a potential game-winning shot.