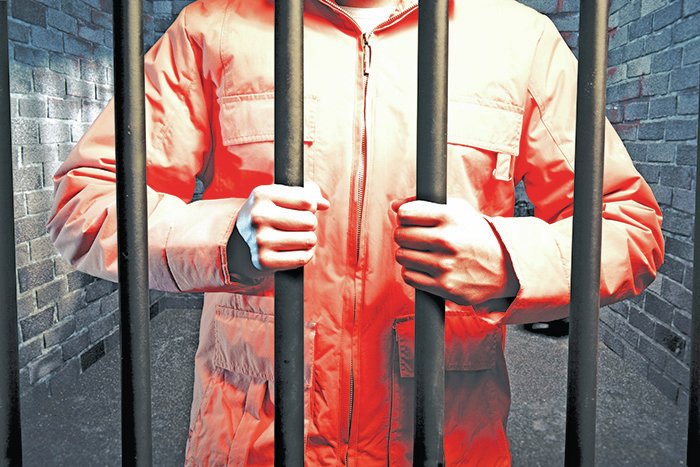 Several hundred newly opened beds in the state's prison system have eased overcrowding at the Washington County Detention Center, officials said this week, which could save money and make the facility safer. It's unclear how long the new beds will make a difference.

The General Assembly sent $6 million to the Department of Correction to open about 600 beds statewide, starting July 1, for state prisoners who have been waiting in county jails since their sentencing. The Washington County jail has seen a jump in the number of inmates they're passing along, the major in charge there said.

Last month the state approved $6.3 million to open up 604 more beds in the prison system. They’re divided among several facilities:

"Some of these people have been here six or eight months, and they want to go," said Maj. Randall Denzer, adding monthly transfers jumped to more than 80 in July, up from the typical 25 or so. "That helps morale all the way around."

The Sheriff's Office reported an uptick in violence last year between inmates and against guards and blamed it on crowding. The jail has held roughly 600 inmates for much of the past year, with between one-fourth and one-third of them being state inmates.

About one in eight Arkansas inmates is part of the backlog, department spokeswoman Shea Wilson said. That comes to almost 2,200 men and women, down from about 2,800 people earlier this year.

"Things are going well," she said. "It's again not the answer to the overcrowding problem, but it is helping."

A little more than half of the 600 beds have been filled, Wilson said, including the 58 that opened in the Northwest Arkansas Work Release Center in Springdale. A hundred nonviolent offenders work for the city and other employers from the center, which is meant to help them rejoin society more smoothly.

The problem hasn't gone away, however. Some Washington County inmates are still sleeping on the floor because there aren't enough bunks, Denzer said. Other space-saving tactics, such as work release and ankle monitors for people suspected of nonviolent crimes, are being used to the maximum.

The bed solution is admittedly short-term, Wilson said. Most of the new beds already existed, but the General Assembly provided the money to maintain and guard them and to take care of their occupants. There are no more spare beds for a similar strategy in the future, she said.

The department's Pine Bluff Diagnostic Unit is expected to open next year after renovation, opening up 300 more beds. After that, Wilson said, a new jail seems to be the only solution.

"As soon as someone comes out, someone else is coming in," she said, noting state facilities are still above their designed capacity. "We need a new facility if we are going to incarcerate our current population."

"There are a lot of initiatives out there, some efforts focused on re-entry," such as the Springdale center, Wilson added. "It will, I think, take a combination."

The department has begun asking around the state for communities willing to host a 1,000-bed prison, she said. Department officials told legislators this year such a facility could cost up to $100 million.

"If incarcerating more people and building more prisons was the answer, then we wouldn't be in this situation today," said Jean Thrash, director of the Arkansas chapter of Citizens United for the Rehabilitation of Errants, or CURE. "We must look at this whole picture."

Prisoners were decreasing in 2011 and 2012, she said. Officials celebrated the fact in the correction department's annual newsletter in 2012, anticipating hundreds of millions of dollars would be saved by sentencing and probation reforms.

The downturn came to a halt in 2013 when a repeat-offender on parole was arrested in connection with the death of 18-year-old Forrest Abrams in Little Rock. The state ordered suspected parole violators be held in jail until their hearing. Shortly afterward, the state prison population and backlog began hitting record highs.

The call for more jails has been a "constant drumbeat" since, Thrash said. The state should instead focus on rehabilitation instead of imprisonment, she said. She suggested wider use of drug and mental illness courts and looking at which job training and other programs are most effective at keeping people out of jail after they're released.

"If they've committed a crime, there should be appropriate punishment," Thrash said, but "today's inmate is going to be tomorrow's neighbor."