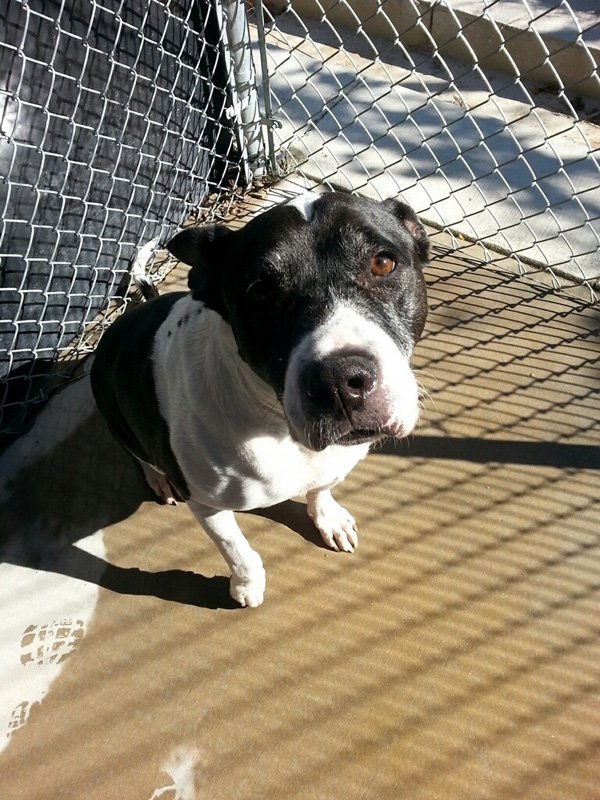 “The pit bull attacked so fast I didn’t have time to pick Chewie up,” Mussler said. “The dog had Chewie in his jaws. It was terrifying.”

Chewie, a cross between a Pekingese and a poodle, called a peekapoo, died from the attack on Oct. 20. Mussler has asked the Springdale City Council to approve a ban of pit bulls in the city.

Mussler said he didn’t want another child to go through the pain of losing a pet that his daughter did, or possibly be attacked themselves.

Damion, the dog that attacked Chewie, was euthanized Nov. 4.

Mike Overton, alderman, said he plans to introduce some type of legislation to restrict aggressive dogs.

Reports of bite incidents that resulted in citations for harboring a vicious animal in the city between Jan. 1, 2011, and Oct. 23, 2013. Not all bite reports are included, nor are all breeds of dogs alleged to have bitten known.

Percent of pit or mix of known breeds*52.8 percent

“There is no excuse for people or animals to be attacked by a dog,” Overton said.

Overton had his own story about an attack by a pit bull on his own dog.

A pit bull jumped out of the back of a pickup truck to bite Overton’s cocker spaniel, he said.

“Fortunately, the dog had on a wide collar so I could choke it off,” Overton said. “Unfortunately, the owner showed up before I could finish it off.”

City Attorney Ernest Cate had a staff member research what dog breeds have been involved in cases where citation were issued for vicious animals. The results showed 58 percent of the animals were pit bulls or pit bull mixes, when the breed could be determined.

“I think that is telling,” Cate said, “when you have more than half from one breed.”

Courtney Kremer, city animal services director, said she would enforce the law approved by the council, but is not sure a ban would have prevented either attack.

Chewie’s attacker lived in Fayetteville and was staying with the owner’s relative for a while, Kremer said. The dog that jumped out of the truck was traveling through the city, she said.

“They are arbitrary, discriminatory, cruel and they don’t work,” Venable said. “Some cities have bans, but other have repealed them.”

Instead of punishing animals that have done nothing, Venable said, the blame should be placed on the people that trained the dogs.

“Owners should be held responsible for the actions of their animals,” Venable said.

Statistics can show the most popular large dog breeds are a problem, according to a study by the American Veterinary Association. The numbers are inflated, the study said, because there are more dogs of those breeds and the larger dogs inflict more damage.

Bites from smaller dogs are not reported as often since the damage is usually less serious, according to the study.

In Kansas City, a dog was seized in 2007 for violating a city ban of pit bulls, according to americanbar.org, the website of the American Bar Association. After eight months of court battles and a DNA test, the dog was found to be a boxer mix.

Overton said he wants to see what other members of the council want before writing an ordinance. He said the possibilities could range from an outright ban to restrictions such as requiring registration of certain breeds.

“At least, I’d like to make sure dogs that are riding in trucks are secure,” Overton said.

Any ordinance would have to be carefully written, Cate said, with the idea that it could be tweaked, if needed.

Most of the changes would come at a cost, Kremer said. Bans and restrictions would require animal control officers to patrol looking for the breeds affected, she said, instead of responding to calls.

One change Kremer suggested might help with prevent bites and reduce the number of strays is a repeat offender program. Animals picked up repeatedly would be required to undergo spaying or neutering, she said.

Fayetteville has such a policy, said Justine Lentz, Fayetteville animal services superintendent. The first and second times an animal is picked up, it is turned over to the owner. After the second time, spaying or neutering is required, she said.

The most common factors found in fatal dog attacks occurring in 2006 from a study by the National Canine Research Council:

Not spayed or neutered*97 percent

Dogs kept as guard, breeding, or yard dogs and not pets*78 percent

“It’s mainly used to reduce the strays,” Lentz said. “It could help with bites, since a sterilized animal isn’t as aggressive and doesn’t get out as much.”

In Rogers, fines go up for repeat offenders that are not spayed or neutered, said Bud Norman, Rogers animal shelter manager.

“It’s going to cost someone who doesn’t want their animal spayed or neutered,” Norman said.

Neither Fayetteville, Rogers or Bentonville have breed-specific bans, said city officials. Bentonville sends its dogs to the Rogers Animal Shelter.

The Springdale council should not pass an ordinance as a knee-jerk reaction, Kremer said.

“They need to understand all sides of the issue,” Kremer said. “They shouldn’t rush into it.”