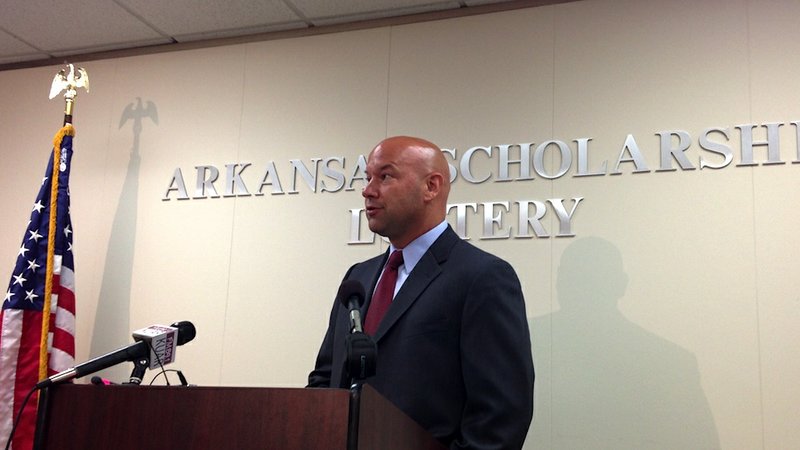 The former deputy director of security for the Arkansas Lottery Commission pleaded guilty Friday to charges related to the theft of lottery tickets.

Remmele Mazyck, 34, who was hired to his post in July 2009, pleaded guilty to one count of wire fraud and one count of money laundering in Little Rock federal court in front of U.S. District Judge Susan Webber Wright.

Between December 2009 and October 2012, Mazyck, having access to both the lottery's warehouse and computer database, took lottery tickets designated for promotional use and cashed any winnings he procured.

At a press conference following the hearing, Arkansas Lottery Commission Director Bishop Woosley said that the commission is fully insured for the amount lost, in addition to paying a cashing commission $4,780.73 for retailers' losses as well.

Woosley said the commission was first notified of the scheme by a ticket retailer, the Cash Saver in Jonesboro, which reported a series of suspicious ticket cashings at its location.

Mazyck was placed on administrative leave Oct. 26, the same day the commission contacted the Arkansas State Police to investigate the matter, and was terminated when he did not show up at a meeting concerning the case on Nov. 14. The commission was notified Oct. 29 of a legislative audit into the matter.

Woosley said that given the nature of his tenure with the commission — he was hired in July and began stealing tickets later that year — he is under the impression that Mazyck's intent was to steal from the organization.

"Given the fact that he stole from the very beginning, I can't come up with any other conclusion," Woosley said, "that he saw it when he came here and recognized he had an opportunity to do it."

Mazyck, who recently moved back to South Carolina with his family, was released on his own recognizance.

No date has been set for sentencing. Between the two charges, Mazyck faces up to 30 years in prison and a $500,000 fine.

Read more about this story in Saturday's Arkansas Democrat-Gazette.