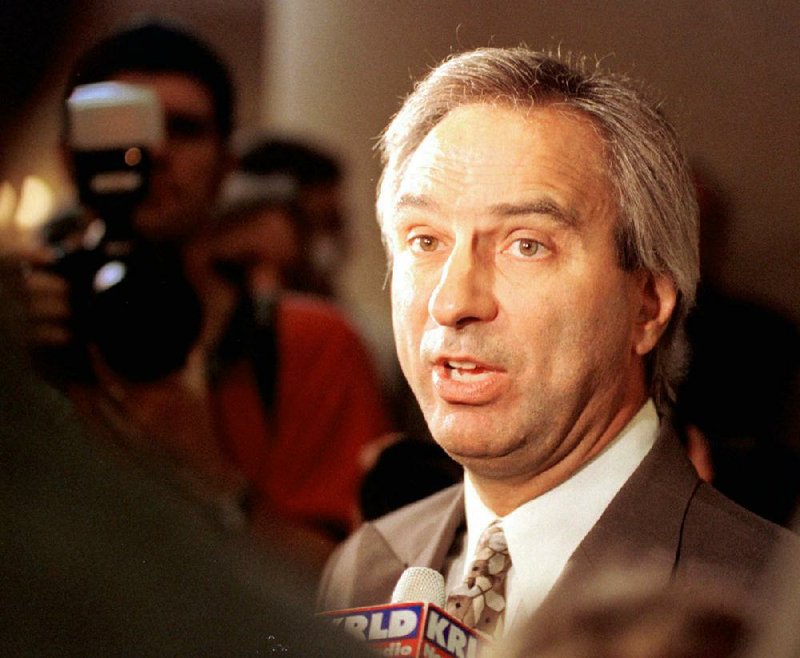 LITTLE ROCK — A minister who was defrocked long ago for performing same-sex union ceremonies will be honored by a Sherwood church on Friday. Open Door Community Church’s openly gay pastor, Randy McCain, said his congregation will recognize former United Methodist Church minister Jimmy Creech for being one of the leading “straight allies of gay and lesbian people who give love, support and a voice to the misunderstood children of God.”

“Ministers like Jimmy Creech give me confidence in pastors again,” McCain said Wednesday. “I think he’s one of my heroes.”

Creech, who lives in North Carolina, will accept an award and will speak twice during Open Door’s 10th annual fall conference.

The 67-year-old United Methodist started blessing same-sex unions in 1989 - a time when the issue was flying under the radar of most Americans.

And he kept blessing same-sex domestic partnerships even after his denomination formally banned the practice in 1996.

As pastor of the 1,900-member First United Methodist Church of Omaha, Neb., Creech pledged to defy the anti-gay-marriage language in the church’s statement of Social Principles - and he did.

“I just could not turn my back on anyone who was a part of the church and was living with integrity and dignity and was being true to themselves,” Creech said this week.

Accused of violating the church’s Order and Discipline after he celebrated a same sex union ceremony for a lesbian couple, an ecclesiastical panel came within one vote of finding Creech guilty in 1998.

But it was a bittersweet victory. Creech kept his preaching credential, but lost his pulpit, because the local bishop had lost confidence in Creech’s leadership.

Creech, after three decades in ministry, became semi-famous - and unemployed.

Soon after, Creech performed another widely publicized same-sex union ceremony for another gay couple, and the preacher was accused a second time of violating church law.

A Methodist tribunal convicted Creech on Nov. 17, 1999, and expelled him from the ministry.

Creech moved back to North Carolina, where he owned a house, but he had to find other accommodations due to his dire economic straits.

“We could not move into our home. We had no income. We had to continue to rent it [out] so we could pay the mortgage,” Creech said. “We actually spent several months living on an island off the coast of North Carolina, Ocracoke Island, cleaning cottages for income.”

Eventually, Creech became a full-time activist. He now writes and speaks across the nation, urging American churches to accept homosexuality as God’s will - not God’s curse.

Though barred from ministry, Creech said he remains a member of the United Methodist Church and doesn’t plan to leave.

Meanwhile, Creech’s position on gay unions has moved from the fringe to the mainstream - at least in the Democratic Party and most of New England.

Today, entire liberal mainline denominations - bodies that have been losing members in recent years - are following in Creech’s footsteps.

The United Church of Christ, in 2005, endorsed what it called “equal marriage rights for couples regardless of gender.”

And earlier this year, the Episcopal Church voted overwhelmingly to authorize the use of “provisional rites for the blessing of same-sex unions.”

Mark Tooley, president of the conservative Institute on Religion and Democracy and a longtime Methodist, said the church won’t be embracing Creech’s activism anytime soon.

“[Creech] was hailed as ahead of his time. But since his departure from ordained ministry, United Methodism has repeatedly reaffirmed its traditional stance on marriage,” Tooley said. “This stance will not likely change because the church’s African membership, which is theologically conservative, is fast growing, and the U.S. membership is fast declining. So in a sense, Creech represents United Methodism’s U.S.-focused past but not its future.”

Tooley’s take on the church’s changing demographics is largely shared by Creech.

Given the growth of United Methodism overseas and its decline in the United States, “it could be decades” before his denomination supports same-sex unions and marriages, Creech said. “The future doesn’t look promising.”

A large percentage of the congregation is gay.

McCain, the church’s pastor, exchanged vows with his longtime domestic partner, Gary Eddy, during an Aug. 9 ceremony in New York’s Central Park. The marriage, while not recognized by Arkansas law, is legally binding in New York state.

McCain says Creech was right to bless same-sex unions in the ’80s and ’90s, during an era when the ceremonies were widely ridiculed and seldom performed.

“They say that the difference in a prophet and a heretic is timing,” the Sherwood pastor said.

McCain grew up in the Assemblies of God. He met Eddy while attending that denomination’s Evangel College in Springfield, Mo. McCain served, for a time, as a music minister in a theologically conservative Presbyterian church, but was fired after he came out of the closet.

Today, his church maintains ties with several leading preachers and recording artists in the evangelical as well as the gay-affirming communities.

Open Door Community Church is at 709 W. Lee Ave. in Sherwood. Jimmy Creech will speak at the 7 p.m. service on Friday and will address the conference again at 10:30 a.m. Sept. 22. Other participants include grief educator Harold Ivan Smith and preacher Jay Bakker. A complete schedule for the fall conference is available at sherwoodopendoor.org.