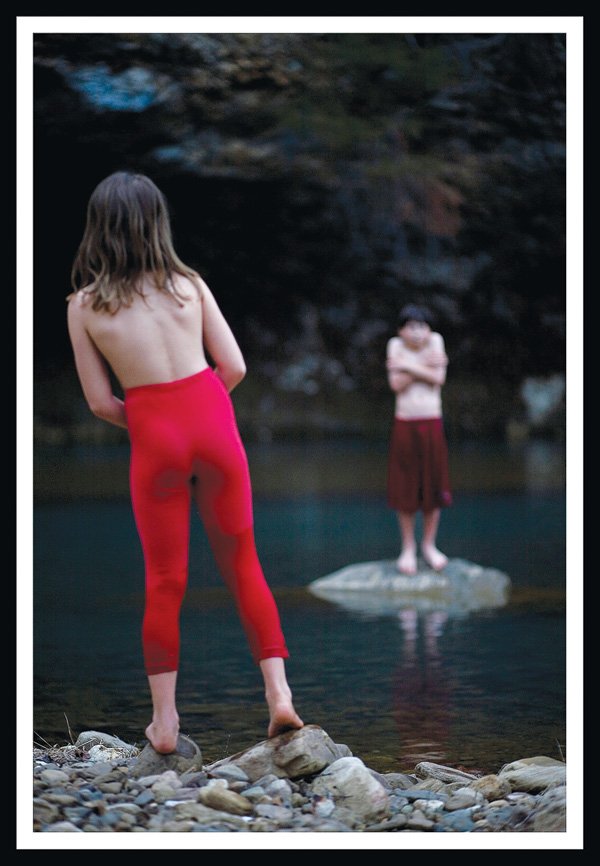 NORTHWEST ARKANSAS — It’s a cliche that good things come in small packages, but the Arkansas Arts Council has been proving the veracity of the statement for 25 years. The annual “Small Works on Paper” exhibition, showcasing art no larger than 24 by 24 inches, will be on show at 10 galleries throughout the state over the course of 2012.

Of the 40 works selected from 246 submissions, five were created by Northwest Arkansas artists:

Collage with encaustic and oil by Cindy Arsaga

“Encaustic is a technique using melted beeswax applied to a surface and manipulated with heat,” Arsaga explains. The house, for me, is a symbol of the self as a container for life and the soul.”

Arsaga, a former nurse and businesswoman, has been working in this mediuim for about eight years, she says, and is largely self taught.

“I often use ‘Small Works’ as a way to show new things I'm working on - a test of audience response, I suppose. My entry in this year’s exhibition is titled ‘Swimming Hole, Buffalo National River, Arkansas,’ and may surprise viewers because it is in color - a rare exception for me. Househas been photographing the people and landscape of Arkansas for more than 25 years, working from a rural studio near Durham. 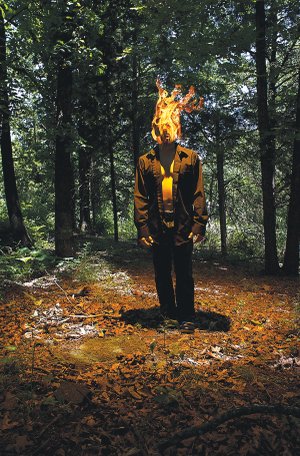 “The Matchstick Man” by Victor Chalfant of Fayetteville (photographic print)

Gouache and ink by Steven Wise

“I cut down large sheets of drawing paper to the size of notebook paper because I like the familiarity that the standardized shape brings to the artwork,” Wise says.

“As I make choices about the design of the painting, the repetition of making dark and light shapes becomes a meditative action.

“The photograph is part of a series on place and memory that I've been working on for about a year now,” Schmidt says. “I spend a lot of time walking, biking and driving around the Ozarks, lookingfor (often abandoned) places that ‘speak’ to me visually because they convey a sense of vernacular life.

Schmidt is writing a doctoral dissertation in comparative literature and cultural studies at the University of Arkansas. 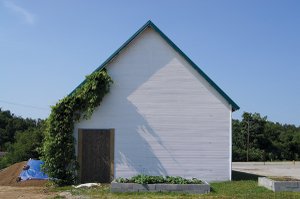 “The image is a photographic manipulation and part of a series that I have been working on for the last eight years or so,” Chalfant says. “The series focuses on myths, legends, fables and fairy tales.”