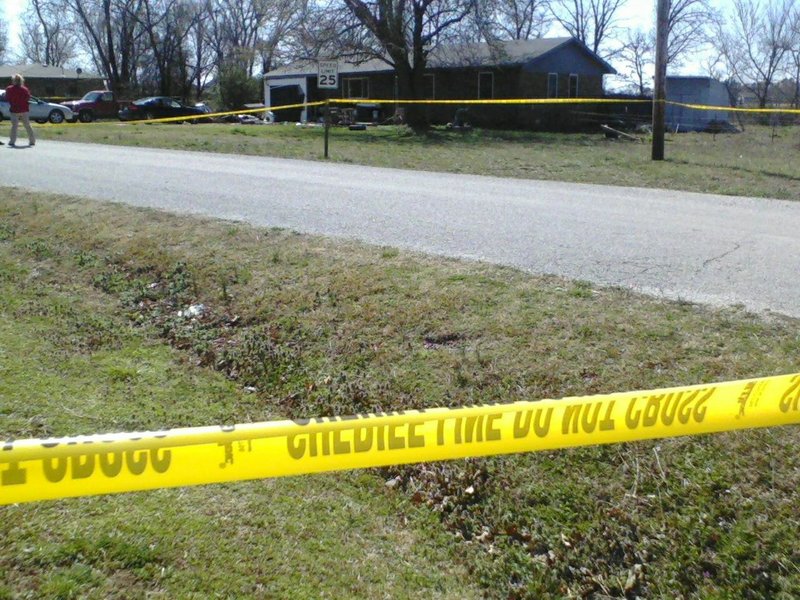 The scene of a shooting Monday afternoon.

A Washington County Sheriff's Office detective shot a man at a home in Farmington. The shooting occurred at 12571 Leam Blvd. in Farmington.

The man who was killed has been identified as Joshua Adam Thomas, 38, of Farmington, according to a news release from the Washington County Sheriff's Office.

Thomas's next of kin have been notified of his death.

Deputy Scott McAfee, now a detective, shot and killed Victor Barron, of Wheeler, after Barron pointed a gun at McAfee and another deputy during a welfare check.

An Arkansas State Police investigation found the shooting was justified, and an internal investigation by the Washington County Sheriff's Office found both deputies followed proper procedures.

The Washington County Sheriff's Office has issued a news release on today's shooting that offers many more details. According to the news release:

Detectives were at 12571 Leam Blvd., following up on an investigation of a reported sexual assault of a minor. Investigators were trying to get the suspect in the case out of his house, but he said he needed to back inside for something.

Detectives told him to wait but he went in the house and slammed the door behind him.

The man then swung the door open, and Det. L. Scott McAfee told him he was under arrest.

The man swung a crowbar at McAfee, and McAfee shot the man once, according to the news release. Central EMS pronounced the man dead at the scene.

Authorities are not identifying the man pending notification of family members, the news release stated.

Authorities have closed the scene with crime tape. The man who was shot remains inside the residence.

An Arkansas State Police investigator said there are no plans to transport him to a hospital, but declined to be specific about the man's condition.

Arkansas State Police and the Washington County Sheriff's Office will investigate the incident. McAfee has been placed on administrative leave, which is standard procedure.

The man who was shot was a 38-year-old, but no other details were immediately available, said Kelly Cantrell, a spokeswoman for the sheriff's office.

Leam Boulevard is a small residential street in a rural area off Jim Devault Road, Washington County 627, that has about a dozen homes on it. It's west of Country Veterinary Services and Webb Motor Co.