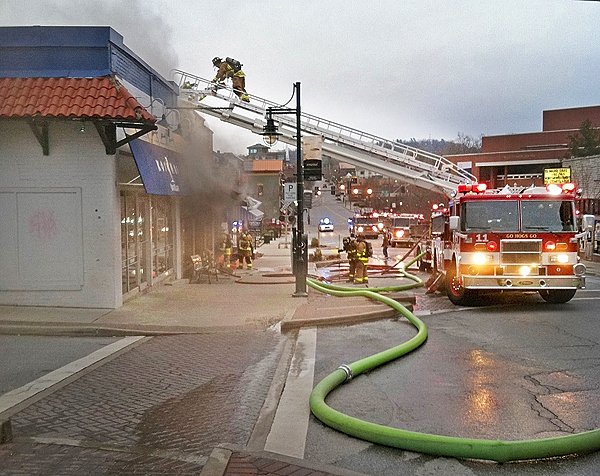 A Fayetteville firefighter climbs to the roof of Flying Possum Leather on Dickson St. Monday March 7, 2011. 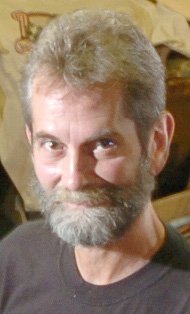 Bruce Walker, the iconic owner of Dickson Street's Flying Possum Leather, has died after a fire at his shop this morning.

The store caught fire about 6:30 a.m., causing heavy damage to the building and sending Walker to Washington Regional Medical Center after emergency crews performed CPR at the scene.

Fayetteville Mayor Lioneld Jordan arrived at the scene around 8 a.m. and confirmed Walker was in the building at the time of the fire.

A former Blanchard Springs Caverns tour guide for the U.S. Forest Service, Walker purchased the leather shop in 1976. It's housed in a building originally built in 1945, according to county records. Walker is well known on Dickson Street and beyond for his sales of Birkenstock sandals and his leather work, including his own patented leather guitar straps.