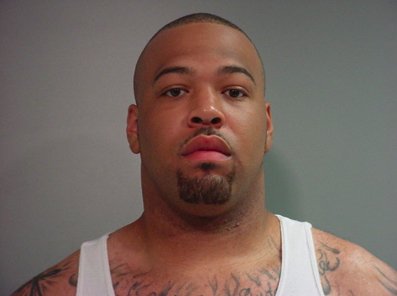 Anthony Oden was arrested Saturday for the second time in just more than a year.

FAYETTEVILLE — Arkansas offensive lineman Anthony Oden was arrested Saturday morning and charged with driving while intoxicated and possession of a controlled substance, among other offenses.

Oden, 21, was booked in the Washington County Detention Center at 8:52 a.m. Saturday after being arrested by Fayetteville police. He was released less than two hours later on $2,000 bail.

Oden came to a stop at the corner of Ash Street and Birch Street in Fayetteville, where, according to the report, the officer detected Oden had "bloodshot watery eyes" and "the odor of an intoxicating beverage".

A second officer conducted a field sobriety test on Oden, which he failed. He later was administered a blood alcohol test, which came back at .09, above the state limit of .08.

Oden was also found to have K2 on his person, a substance banned under Arkansas law last July.

In addition to the DWI and illegal substance charges, Oden was also charged with driving left of the center line, failing to yield to an emergency vehicle, no proof of ownership, driving on a suspended/revoked driver's license and no driver's license, according to the Washington County Detention Center website.

It is the second time Oden has been arrested on DWI charges during his career at Arkansas. He was arrested on July 4, 2010, and later suspended for the Razorbacks' season-opener against Tennessee Tech.

Oden is the fourth Arkansas player to be arrested on substance possession charges since last October.

Arkansas coach Bobby Petrino was unavailable for comment on the arrest through a university spokesperson.

Oden, who has started one game in his career, is expected to compete for one of Arkansas' starting offensive tackle positions this fall. He rejoined the team in the spring after having to drop out of classes last fall because of a case of mononucleosis.