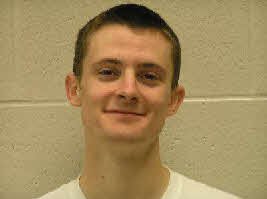 NORTHWEST ARKANSAS — A Benton County man who police said took part in a home invasion, assorted burglaries and the beating of two men should have been in prison when the crimes occurred, authorities said.

Cody DeShields, 22, of 13A Holly Drive in Bentonville, was sentenced June 2 as an habitual offender to 36 years in prison for residential burglary, according to records. Due to a transcription error, DeShields’ paperwork showed he was sentenced to prison time of only 36 months.

Whitehorn said he had just ejected tenants from a duplex and was watching a ball game while making sure the people did not return when three men burst in.

“I didn’t know them,” Whitehorn said Wednesday. “I just happened to be in the wrong place at the wrong time. I didn’t really see much of the kid. He was running through the place stealing things.”

Officers were called to 628 S. 21st St. about 12:19 a.m. Dec. 1 for a report of a home invasion and battery, according to probable cause affidavits.

Police said Whitehorn told officers he was beaten by three men. Whitehorn said the men hit him with a hatchet, held a knife to his throat, hit him with their fists and feet, and broke a guitar over his head.

Whitehorn was treated for injuries at Mercy Medical Center in Rogers.

Police said they also believe the trio grabbed a man from behind, knocked him unconscious, stole his vehicle and burglarized another house, also on Dec. 1.

DeShields was sentenced on June 2 and paroled to the Arkansas Department of Community Correction on Oct. 24, according to paperwork from the Benton County Circuit Clerk’s Office.

• Chadwick Davis, 26, of 403 S.E. F St. in Bentonville was in the Benton County Jail on Wednesday in connection with aggravated residential burglary, two counts of aggravated robbery, first-degree battery, delivery of a controlled substance, engaging in violent criminal group activity, residential burglary, two counts of theft of property and misdemeanor contempt. Davis is being held on a $100,215 bond.

Brandon Carter, the deputy prosecutor in DeShields’ case, said the error occurred when an employee of Circuit Judge Robin Green made a typographical error.

“The judge had an employee with the court, who no longer works there, that instead of 36 years wrote 36 months,” Carter explained. “In fairness to her, she did thousands of these a year and this is the first time this has happened. It goes out handwritten from our office. We have since gone back to court, and the judge amended the sentence to the correct one.”

Green said it would not be appropriate for her to comment because DeShields still has appearances to make in her court.

Dina Tyler, public information officer for the Department of Correction, said officials looked at the bottom line of DeShields’ commitment.

“The DOC should have caught that,” Carter said. “It’s below the minimum sentence for residential burglary, which is five years. They’re kind of the last line of defense, but they didn’t catch this one.”

Carter said now that the mistake has been corrected, DeShields gets put on the list to go back to prison.

“Then, we’ll prosecute him on the new charges,” Carter said. “His arraignment on the new charges is Jan. 17. In reality, he’s supposed to go back to prison, but he may still be on the waiting list by the time we get to trial.”

Tyler said anytime people fill out forms there will be mistakes.

“The best thing you can do is find it and fix it and it sounds like that what they’ve done,” Tyler said.