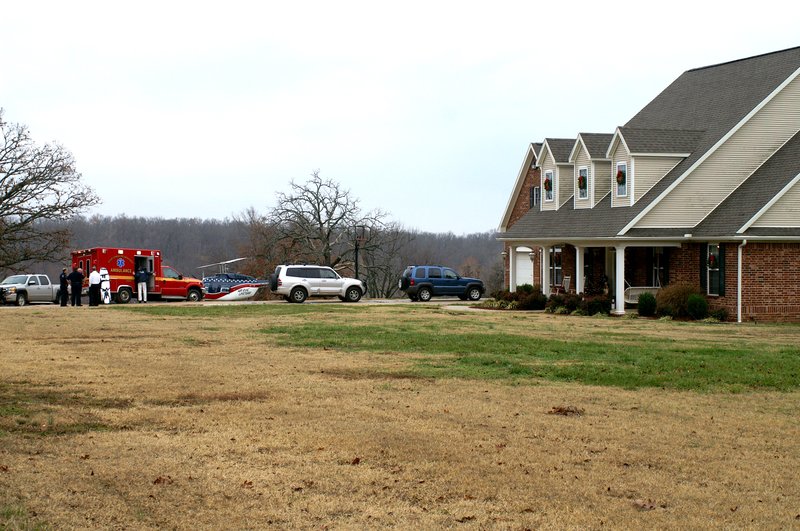 The scene of a possible murder-suicide Thursday afternoon.

5:17 p.m. update The other man killed lived near the scene of today's homicide and was reportedly despondent over financial problems, said Capt. Mike Sydoriak of the Benton County Sheriff's Office.

He identified the man as Michael Meeks, 49.

2:41 p.m. update Two men are dead in what may be a murder-suicide, Benton County officials said.

Authorities are at 13751 Siloam City Lake Road where the investigation is underway.

Capt. Mike Sydoriak of the Sheriff’s Office Criminal Investigation Division said the family’s 19-year-old son was home from college. After his mother left for work, she called to check on him. When she could not get hold of him, she called her husband to go home and check on him.

The father found his son dead in an upstairs room, Sydoriak said, before calling paramedics.

Medics heard a noise in a downstairs room, and found a man suffering from a gunshot wound to the head. He was taken to the hospital where he died, Sydoriak said.

Sydoriak said no names were being released pending notification of next of kin.

Look for more details here or in tomorrow's paper.