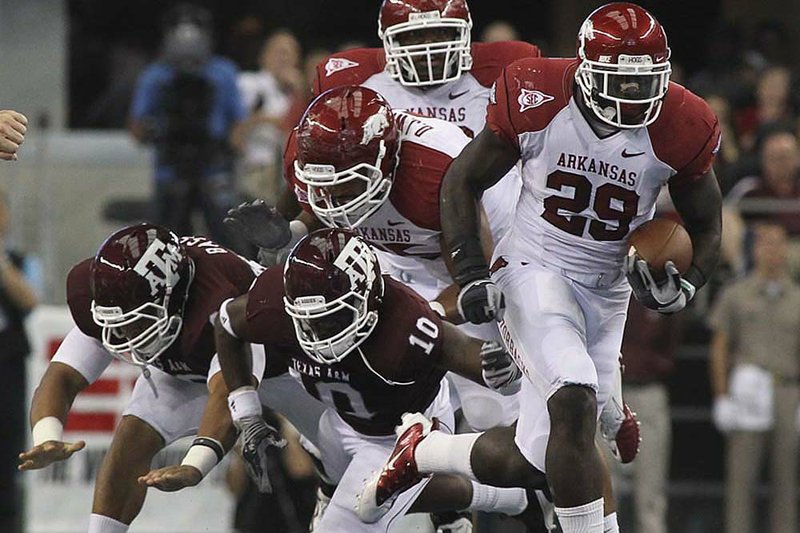 Broderick Green runs through Texas A&M defenders during the first quarter of the Razorbacks 24-17 victory Saturday at Cowboys Stadium.

The redshirt senior sustained the injury to his left knee during practice Wednesday as the team was gearing up for the Red-White game this weekend. He was slated to be a running back for the Red team.

Green played in all 13 games last season, rushing for 365 yards and three touchdowns.

“Broderick had been doing a great job this spring and had been working extremely hard,” Arkansas coach Bobby Petrino said in a statement. “Although this is unfortunate for him, I know Broderick will focus during the recovery process. Our trainers and medical staff are among the best in the country and will assist him in overcoming the injury.”

Green transferred to Arkansas from Southern Cal prior to the 2009 season and has started five games for the Razorbacks.

Thank you for coming to the Web site of the Arkansas Democrat-Gazette. We're working to keep you informed with the latest breaking news.