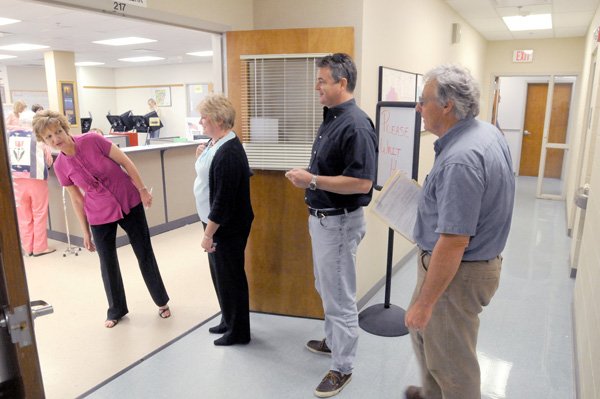 A line of early voters begins to form again after lunchtime Monday outside the doors of the Benton County clerk’s office in Bentonville. Early voting ended at 5 p.m. Monday.

“Everything has been smooth,” Benton County Clerk Tena O’Brien said. “There’s been no bad news with early voting.”

A little more than 3,800 people voted during the early period for the last presidential primary, O’Brien said.

“It’s just easier and there’s no hassles,” Ennis said. “The people are more friendly and easy going and are not stressed out like the ones on election day.”

“When you vote at the church you usually have to stand in line,” Reeves said. “There was no line here.”

“It’s clear that folks had made their minds up,” Williams said. “We got some hotly contested races, and people knew how they were voting.”