A retired Arkansas state trooper was arrested Thursday in connection with parole violation.

Joseph Truman Hutchens, 64, of 128 Leicester Drive in Bella Vista was being held with no bond set. 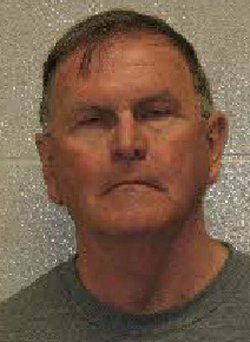 Parole officials did not return a call Thursday afternoon seeking more information as to why Hutchens was arrested.

Hutchens was first arrested in 2005 and pleaded guilty in January 2007. He was sentenced to five years in the Arkansas Department of Correction on each of eight counts of possessing matter depicting sexually explicit conduct involving a child, a Class C felony.

The sentences were to run concurrently. Hutchens also agreed to abide by a suspended-sentence agreement for five years after his release and continue outpatient treatment. He was required to register as a sex offender.

The initial arrest capped an investigation by the FBI after a tip from the National Center for Missing and Exploited Children's CyberTipline.

Hutchens worked as a bailiff for almost a year and was a trooper for 26 years.