Lucas Not Running For Re-Election

FAYETTEVILLE — Shirley Lucas, a two-term councilwoman from Ward 4, said she’s ready for someone else to take the reins of her office. 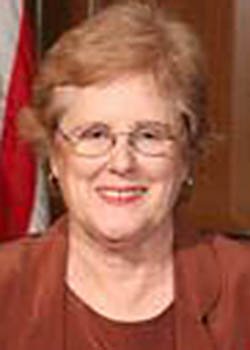 “I have enjoyed my time as Ward 4 Alderman but feel that it is not mine to keep forever,” Lucas said recently. “There are many very capable men and women who can be of tremendous service to our ward and the city of Fayetteville.”

The filing deadline for municipal candidates is in August. The election is Nov. 2. Four alderman posts in Fayetteville will be on the ballot.

The decision is a switch from Lucas’ position in early April when she said she planned to run for re-election.

Lucas’ rank as a one of the council’s senior members has had a mentoring effect.

“Shirley has been key in modeling respectful leadership,” said Sarah Lewis, who was elected to her Ward 4 seat in 2008. “She has always been very encouraging.

“For the most part, I’ve learned from her just by watching her and listening to her during meetings,” Lewis added.

“She and I have not always agreed on issues that have come before the council, but we’ve always been agreeable, and for this, I am very thankful,” Lewis said.

Serving on the council may not be as easy as it looks on television. Council members often review hundreds of pages of documents to prepare for the two meetings every month. And the members also serve on several committees. By leaving the council, Lucas said she hopes to spend more time with family.

“I am grateful to the citizens of our ward who twice gave me the opportunity to serve,” Lucas said. “There is no greater honor for me than to represent Ward 4 and our wonderful city.”