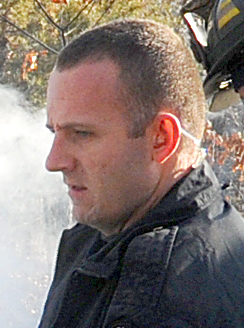 James Patrick Ahern, 41, was shot and killed Jan 20 in Bella Vista. Ahern was the driver of a car which led Brackney in a pursuit before the shooting occurred, authorities said at the time.

Brackney was fired by the Bella Vista Police Department, according to authorities. He had been on leave since the incident.

Brackney is scheduled to be arraigned June 7.